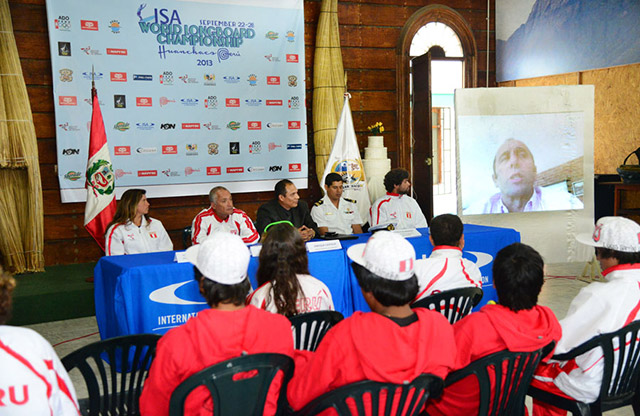 The 2013 ISA World Longboard Championship starts Sunday with the Opening Ceremony featuring the Parade of Nations and Sands of the World Ceremony. All 23 National Teams and participating athletes will gather and parade down the streets along El Elio Beach in Huanchaco in front of thousands of local spectators.

Today, the Official Press Conference took place in the Huanchaco Municipality Auditorium built in 1912, where many of Peru’s leading media outlets were present.

“It brings me great happiness to introduce the historic ISA World Longboard Championship taking place in the famous point-break surf of Huanchaco,” remarked ISA President Fernando Aguerre. “Launching a stand-alone World Lonboard Championship has been a dream that has been in the works for a long time. I would like to especially thank the local organizer, Karin Sierralta, along with the Peruvian Surfing Federation (FENTA), the public and private sector that has supported this event, and everyone that has helped make this competition a reality.”

Huanchaco’s City Manager, Dr. Enrique Castillo, joined the ISA President in welcoming all of the surfers. “In the name of the town of Huanchaco and it’s Mayor, we are proud to welcome all of the 23 National Delegations that have arrived with great satisfaction and hopes that this first ISA World Longboard Championship is very successful.” 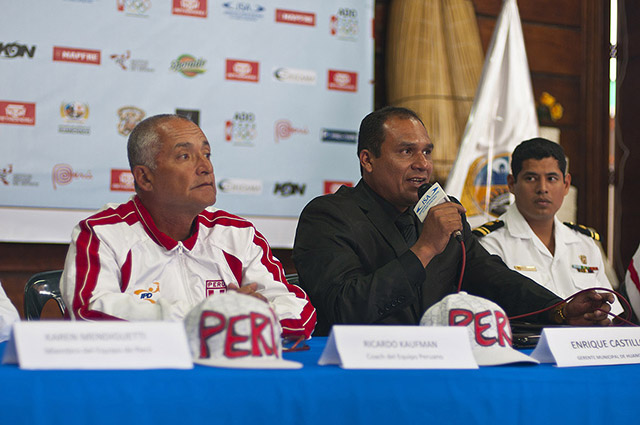 Huanchaco was recently named a World Surfing Reserve by the Save The Waves Coalition. ISA President Aguerre addressed  what this means for the community. “Huanchaco is the only beach in Latin America recognized as a World Surfing Reserve. Dozens of other beautiful beaches were considered and the Peruvian’s should be proud and take good care of all of its beaches.”

Aguerre continued, “Huanchaco is a jewel in the world and we want for the community of Huanchaco, with the support of the public and private sector, to embrace its status as a World Surfing Reserve. This is very unique and it should be preserved for the future of all the people of Huanchaco, Trujillo and Peru. It is now in your hands to enrich and keep Huanchaco beautiful.” 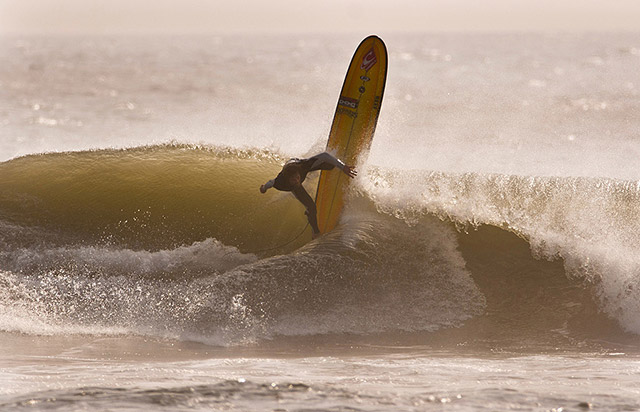 Ben Skinner from Team Great Britain, who just won the Longboarding Division of the European Surfing Championship, nailing a critical maneuver on one of Huanchaco’s long walls. It is very common that this surf break has 200-300 meter long waves, which is one of the many reasons why Save The Waves Coalition recognized Huanchaco as a World Surfing Reserve. Photo: ISA/Rommel Gonzales

Peruvian Team Coach, Ricardo Kaufman, expressed the team’s commitment to perform well on their home break: “We have a big task ahead. We have been working very hard as a team. The athletes have been practicing for more than 3 months, and they have dedicated a lot of time and effort. We have developed a technical and tactical strategy for the competition thanks to the experience from previous ISA World Championships.” 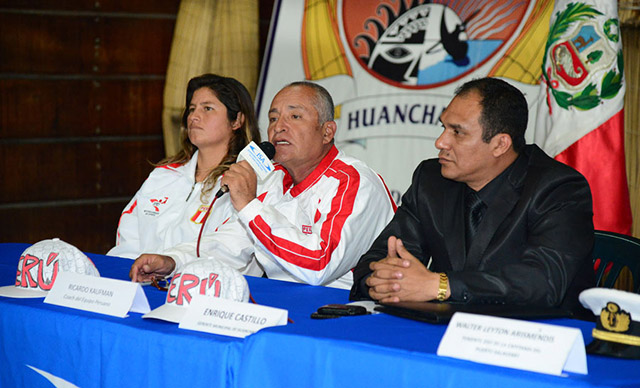 Peruvian Team Member Juan Jose Corzo remarked “We are going to leave everything on the court and show that Peru is a powerful surfing team as we have established in the past.” 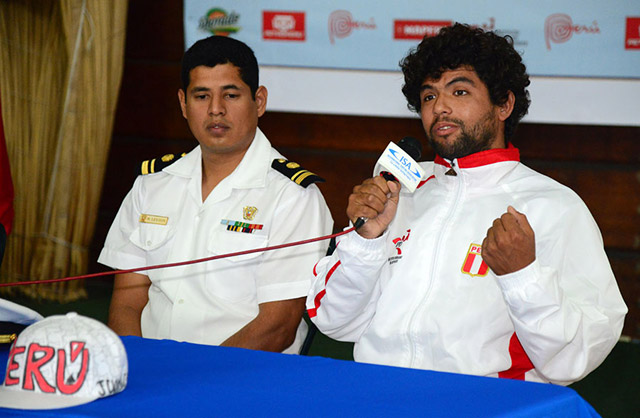 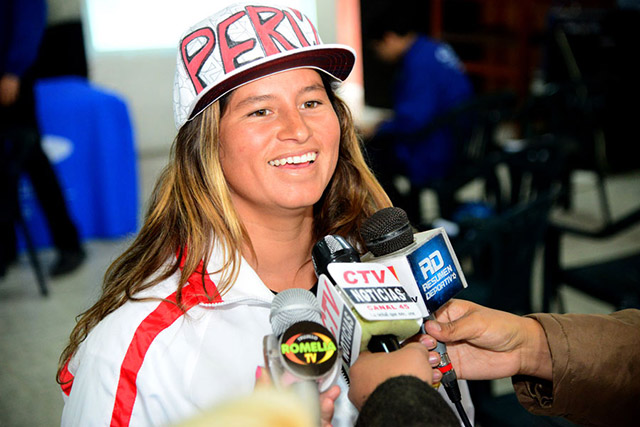 On Sunday, the Opening Ceremony will officially mark the start of the World Championship, which will feature the ISA’s traditional Parade of Nations and Sands of the World Ceremony. This ceremony allows each participating nation to come to the stage waving their national flag while pouring sand from their local beach into a glass container symbolizing the peaceful gathering of nations through the love of surfing. 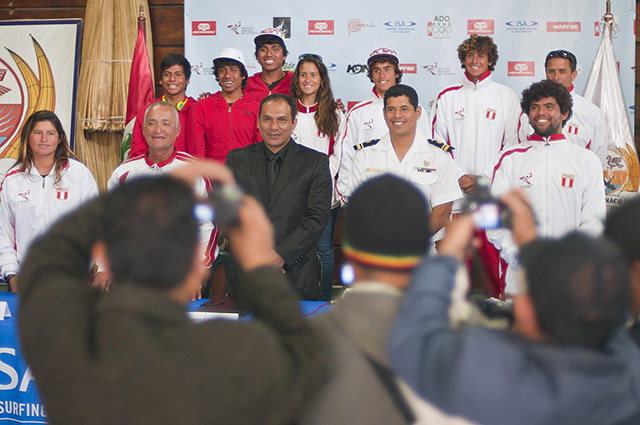 The live webcast of the Opening Ceremony begins at 10am, local time and can be viewed on http://isawlc.com/live/