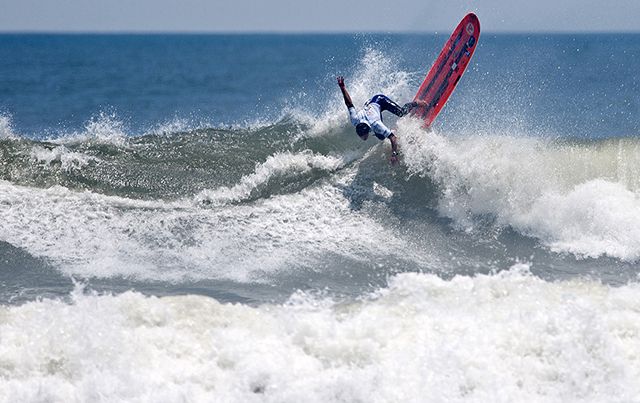 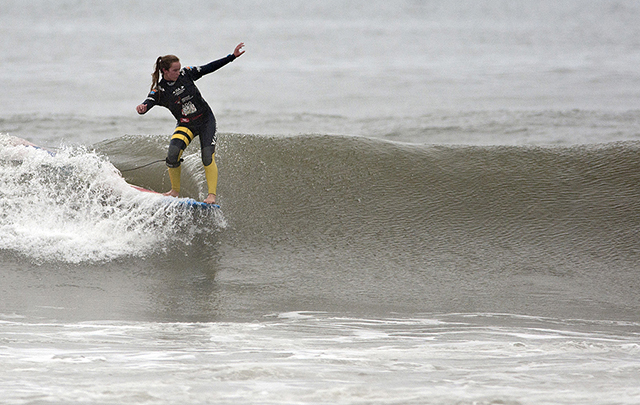 Team USA’s only hope for an Individual Medal is Rachael Tilly, who is still fighting to advance to the final through the Repechage. Tilly had the highest total heat score of the Women’s division, earning 14.66. ISA/Rommel Gonzales

As the ISA World Longboard Championship approaches the final days of competition, the race for the Individual and Team Gold Medals is heating up.

The south-west swell in Huanchaco continued to deliver great waves during day 4 of the ISA World Longboard Championship. The waves were in the 3-4 foot range and occasionally larger sets, and with clean conditions all day long. Once again, the world’s best longboarders delivered excellent performances demonstrating a combination of traditional nose rides and powerful high performance carving.

“The waves continue to be amazing for Longboarding here in beautiful Huanchaco, and the surfers are delivering an incredible show,” remarked ISA President Fernando Aguerre. “With only one more day before the finals, all the surfers remaining in the competition are continuing to give their best effort . Friday and Saturday are the last two days, which include the ISA Aloha Cup (tag-team format competition), the Repechage Finals and the Grand Finals. Good luck to the remaining surfers and their National Teams.”

Many teams have suffered the loss of their athletes, but the biggest upset of the event so far came from Team USA and Australia.

USA was considered a top medal contender coming into the event, but with the loss of the defending ISA World Longboard Champion, Tony Silvagni, the 2-times and current ASP World Tour Longboard Champion, Taylor Jensen, and their Junior surfer, Nick Anderberg, their hopes for a Team Medal have come to an end. Team USA’s only hope for an Individual Medal is Rachael Tilly, who is still fighting to advance to the final through the Repechage. 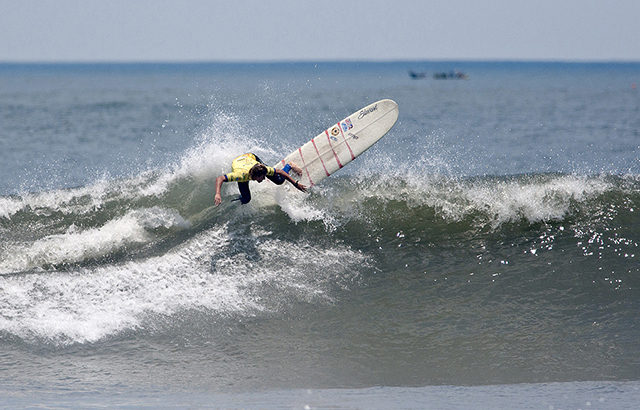 Australia, which typically finishes in the Medals at most ISA World Championships, had a shocker, losing their last three surfers in the Repechage. Ian Bell lost in the Open Men’s, Georgia Young in the Open Women’s and William Crowe in the Junior’s.

France, South Africa, and Hawaii are leading the charge in the overall Team points as they have surfed well enough to keep all four surfers on each Team in the competition. 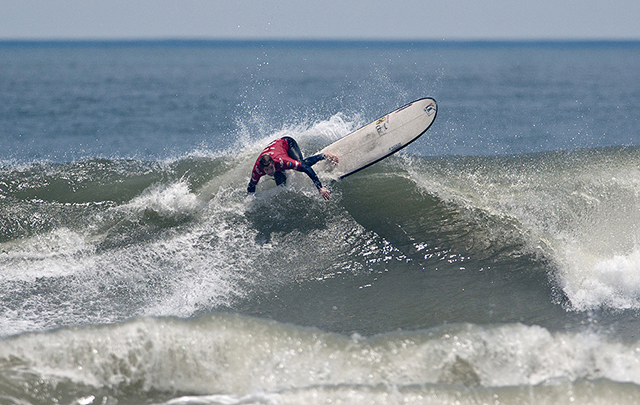 South Africa’s Justin Bing, along with the rest of the South African Team, has the Gold Medal within sight. Photo: ISA/Rommel Gonzales

The fourth day of the six-day event featured Open Men’s Qualifying and the Repechage rounds in all the divisions, which would further narrow the field of competitors by the end of the day.

Other than his first heat of competition when he was suffering from an injury, Peru’s Piccolo Clemente has been in dominant form, and he is not slowing down. In the Repechage, he nailed the day’s highest total heat score of 17.60 in his morning heat. In his second heat of the day, the Peruvian earned 16.87, defeating Hawaiian Kai Sallas (9.8) and sending home Venezuelan Ronald Reyes (8.27).

“Conditions have improved compared to the previous days,” said the Peruvian. “The waves are in the 3-4 feet range and glassy, without wind. You have long waves where you can perform many maneuvers. I’m still in the race, in the Repechage, but alive and solid. My highest scoring wave was big and with a good wall, where I performed two big turns and a long high five, ending with a radical maneuver. Let’s hope that the conditions stay this way.”

Also barreling through the Repechage was Brazil’s Phil Rajzman, who earned the highest single wave score of the event so far, a 9.60. With a total heat score of 16.9, Rajzman defeated South Africa’s Justin Bing (14.53) sending home USA’s Tony Silvagni (13.93).

“I’ve been surfing my heats wearing a wetsuit, but it made me tired. In this heat I went in to the water without a suit, so I felt lighter, and I think that it helped me get that good score. The waves now are more perfect compared to previous days.” 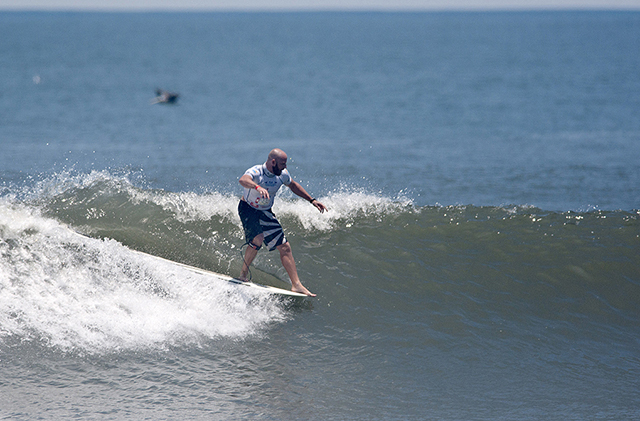 Rajzman continued, “The Brazilian Team is really united. We want the individual and team victory. When I get back home from Huanchaco, I’ll bring with me great memories of the waves and its town.”

On the Women’s side, Team USA’s only surfer left in the contest, Rachael Tilly, had the highest total heat score of the division, earning 14.66 and defeating Peru’s Karen Mendiguetti (11.96), sending home Australia’s Georgia Young (9.07) and Brazil’s Atalanta Nascimento (6.46).

“The waves are so good right now as they are peeling down the point,” said the American. “I was able to find the right ones that connected all the way, which was such a blessing. I’m really happy I was able to make it through this heat with good scores. Being in the Repechage is nerve-wracking. It makes you more amped to want to advance. I’m just super stoked to be here in Peru, and I had so much fun out there.”

In the Junior’s, showing great determination, Argentina’s Surfiel Gil advanced in both his Repechage heats and is one heat away from the Grand Final.

“The conditions are even better than yesterday and I had the chance and good luck to advance in my second Repechage heat. I have one more heat and hopefully I’ll make it to the Grand Final, and maybe win the Gold Medal.” 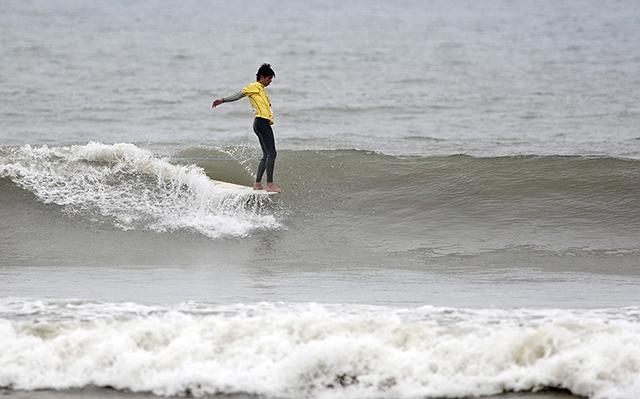 Team Standing after Day 4 of competition:

The 2013 ISA World Longboard Championship resumes Friday at 7:40am with The Morning Show featuring members from Team Argentina.