The Streets Of Huanchaco Lined With Local Citizens Welcomed The 23 National Delegations That Participated In The Opening Ceremony. 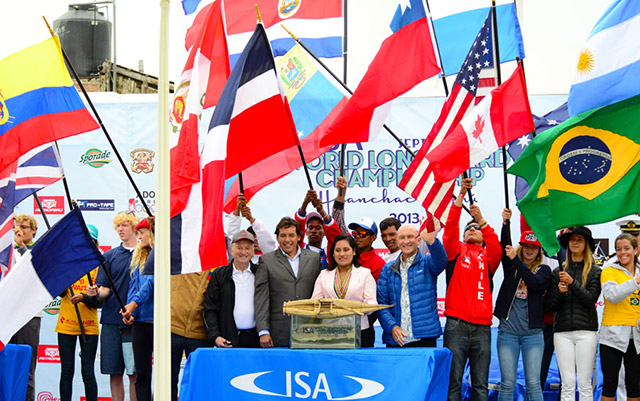 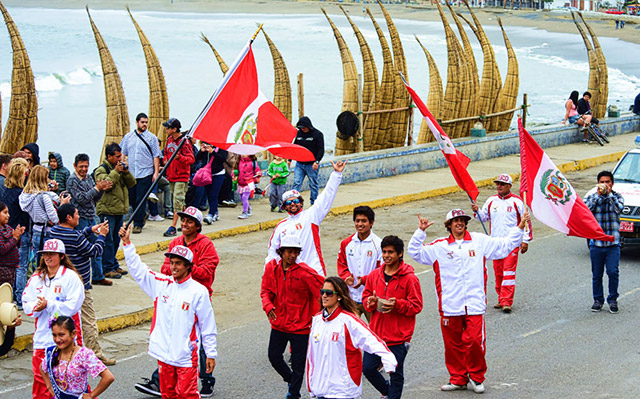 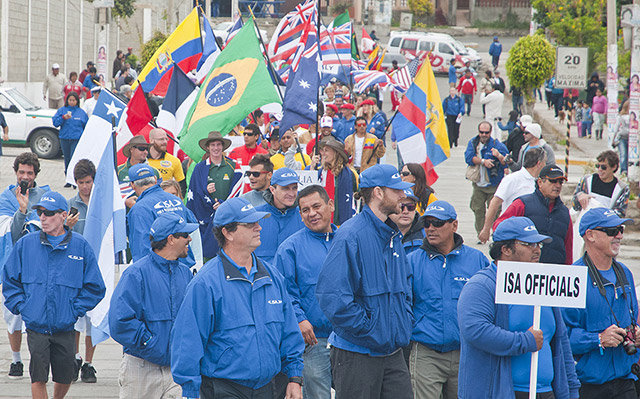 The National Teams paraded along the town’s main street adjacent to the surf break and the contest site. Dozens of Huanchaco’s historic “Caballitos de Totora” (reed fishing boats) lined the beachfront, while the surf was pumping with 6-8 feet sets in the background. It was a perfect setting for the visiting athletes to witness Peru’s incredible natural resource and 4,000 year-old culture at the same time. 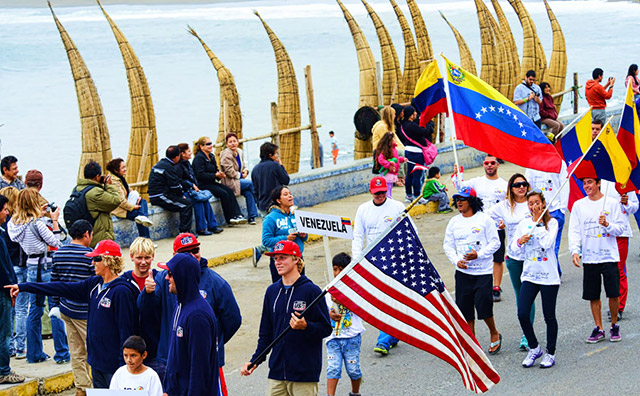 Team USA and Team Venezuela at the Parade of the Nations. Credit: ISA/ Michael Tweddle

Two representatives from each delegation walked on stage, one proudly waving their national flag while the other poured sand from one of their local beaches into a custom glass container, symbolizing the peaceful gathering of nations through the love of surfing. The Sands of the World Ceremony is unique to ISA World Championships and it leaves the local people and the athletes with a wonderful lasting impression. 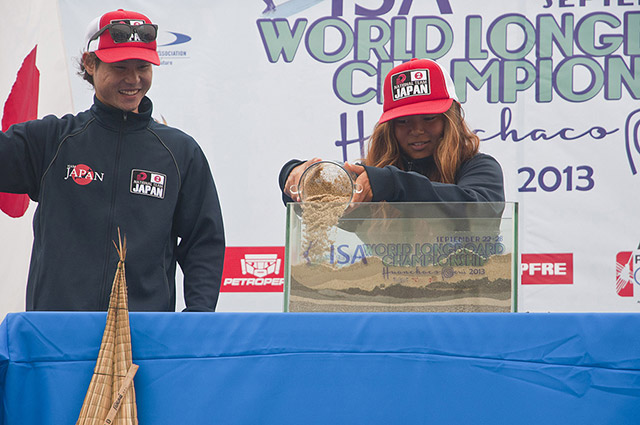 On behalf of ISA President, Fernando Aguerre, Karin Sierralta, the local organizer and ISA Vice President made the following opening remarks: “I would like to welcome you to Peru and Huanchaco. For me, it is an honor to have been given the opportunity to organize 6 ISA World Championships in Peru. This would not have been possible without Fernando Aguerre’s trust and support.” 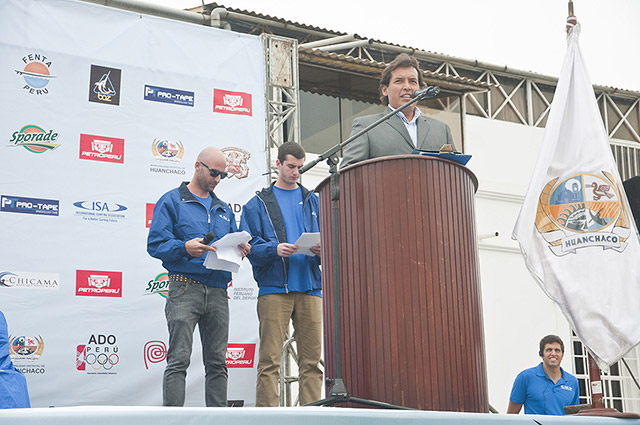 Sierralta continued, “When I took on the responsibility to organize the first ISA World Longboard Championship, I had the conviction of holding it in Huanchaco because longboard is the tradition in our sport and Huanchaco is where surfing originated in Peru. Huanchaco has a strong culture of sea and waves. In the next few days you will have the pleasure of experiencing this mystical, historical and cultural place that deserves to be shown to the world.”

“Finally, I would like to thank all of the humble people of this city, who joined us to support this World Championship. Thanks to the Peruvian Institute of Sport’s, Francisco “Pancho” Boza, and especially Jose Quiñones, Peru’s National Olympic Committee President, who has become the biggest supporter of Surfing in Peru,” concluded Sierralta.

Athletes and spectators were treated to local traditional dances that kept everyone entertained. “La Marinera Norteña” was performed beautifully by 12-year olds Sugey Urcia and her partner, Carlos Correa. Sugey is Peru’s National Dance Champion in her age group and is the younger sister of Huanchaco’s Juninho Urcia, the ISA Gold Medalist and 5-time ISA Scholarship recipient. A second performance from an Afro Peruvian dance group, kept the crowd jumping, with its up-beat music and dancing. 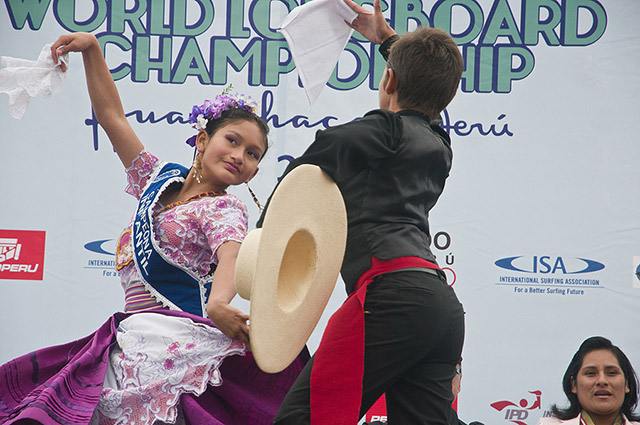 The ISA World Lonboard Championship begins Monday with The Morning Show at 7:40am (local time) followed by the competition at 8am featuring Round 1 of Qualifying Open Men, Qualifying Open Women, and Qualifying 1 Junior Under-18.

The live webcast of the ISA World Longboard Championship is available on www.isawlc.com